I was born into the evangelical tradition. Momma was a preacher’s kid. PawPaw was the gigantic (to me) white haired man, waving a Bible, pounding the pulpit, and thundering the word of God. My religious indoctrination began before I even learned to read.

My first language for speaking of spiritual matters is the vocabulary I acquired in a wood framed country church near Pell City, Alabama. In the beginning I was confused about which kind of baptists we were. I finally figured out that the “hard shell baptists” believed a Christian could fall from grace and end up going to Hell after all. We on the other hand, were of the “once saved always saved” strain of theology.

After my socially expected aisle walking and water dunking, I had too many questions no one was willing to answer; so I decided to call myself an atheist at an early age. I did not consider myself mean when I picked at the unthinking faith of the other kids, but I was. It is always mean to take something precious and valuable from a person and leave them with nothing.

Atheism as it turned out, was shaky ground for existential crisis. I returned to the Baptist fold, walked the aisle and was baptized a couple more times. Multi dunking is not uncommon for baptist kids who want to be sure. Once saved always saved, is not much reassurance if you have doubts about your “once.”

“Faith is the substance of things hoped for, the evidence of things not seen.” My turning point was something more than faith; I will never forget what I have seen. A severe lung infection took my breath as a teenager; my bronchial tubes would close up and for a minute or more at a time, I would face death, over and over. One night during this illness I sat up out of my body. This was years before the books and magazine articles about “near death experience.” In retrospect, what happened to me was consistent with what is now widely reported. There was a light at the foot of my bed; I called the light “Jesus.” It was not dream-like, there was an incredible sense of well being. I felt the best version of myself I could possibly be. I told the light that I wanted to stay, and was told in return, “There is still work for you to do.” The light cradled me back down into my body. The next morning I woke up my same old sick insecure self, but with a memory of something more, something other.

For near half a century that experience has been the touchstone of my spiritual life. Seeing the light did not free me from fear, doubt or depression; I am not saintly. I still stumble and get off course in my walk by faith. For a long time I wondered what the appointed “work” might be. I’ve saved the lives of two children; dove into the Biloxi river to retrieve a little boy and years later, snatched a little girl from the path of a dump truck in Zacatecas, Mexico. Serving the needs of children is a most worthy assignment. Yet, the notion persists that there is something more.

The evening of November 8, 2016, I told a preacher friend that I was being called as an evangelist to the Christians. Sounds arrogant and foolish at the same time, holy smoke, what a thankless job.

I started to say that I’m putting pen to paper three years later. Maybe that anachronistic metaphor can guide me in my message about the way. Maybe the thunder of media can be overcome by the still small voice. Be may be the way. 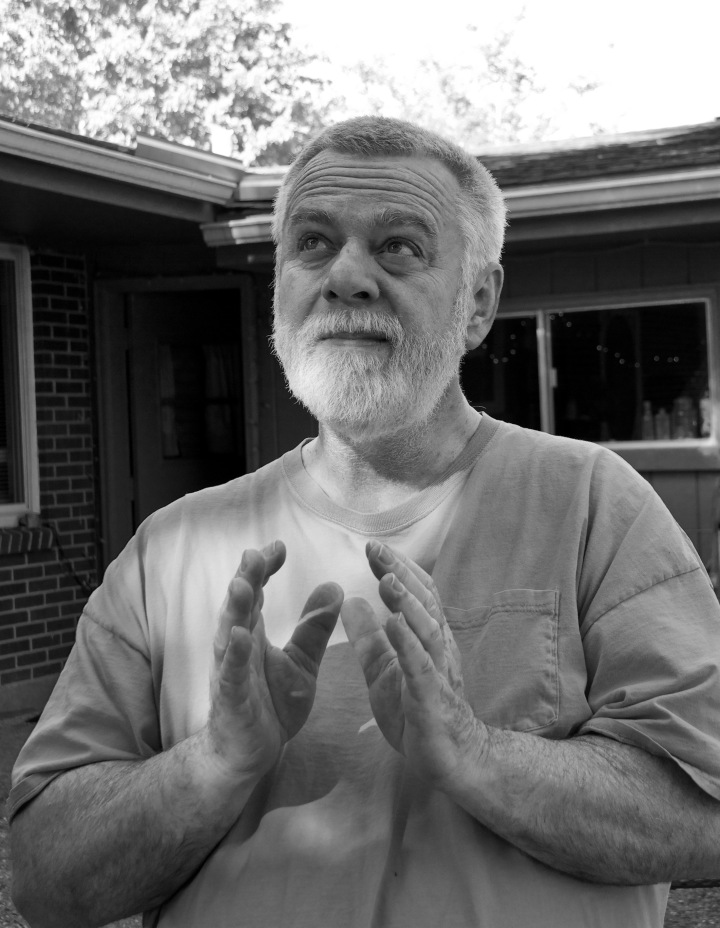 The Jesus Freaks became an underground secret society around the year 313 of the Common Era. I’m appropriating the 20th Century cultural phenomenon as a label for that which carries no labels. The movement of behavior driven spirituality transformed social relationships across the Roman Empire; irrespective of race, gender, wealth or personal power. Untethered from the hierarchy of its Hebrew roots the way assimilated ideas as well as followers.

My contention is that we have been shown; the son of man, the word, Jesus. How we encounter that word is our own reflection as we see ourselves in the sons & daughters of light. The language of transmission is the transcendent behaviors of compassion. The way is literally a spark of shared love, our way of being.

We became an “underground” movement to sidestep, in wu Wei fashion, the power struggles of those who seek to control “the copyright” on divine revelations. Three hundred years out in the open was a pretty good run. Since the beginning of “the hiding,” our members commonly join in with the cultural religions and many of their practices. As participants in those cultural congregations, we speak out against misrepresentations of Jesus’s behavioral proscriptions. When we do so, we are suggesting repentance.

There is a good reason the first miracle kept a party going. Metaphors aside, a wedding is the happiest occasion of family life. The guy who comes up with good wine after the cheap stuff is exhausted, is the best of sports! Jesus was a people person.

The symbolism of The Last Super is sombre. Your best friend’s worst weekend is not the way to remember him. First Party folk prefer to tell the happier stories, we think that’s what he wants.

Our faith serves the way he served; the walk before he went to the cross.

We call this particular franchise of spiritual revelation: